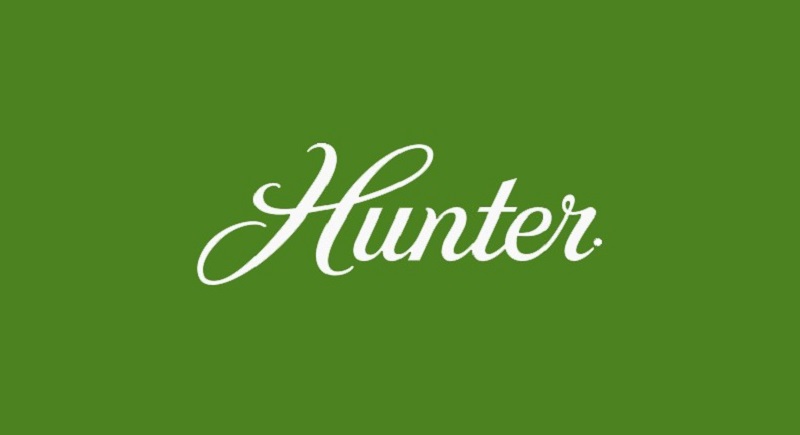 Hunter is a fan and lighting company that began in 1886 as Hunter Fan Company. The company makes ceiling fans under the Hunter brand. Initially, the firm manufactured new innovative products that offered an efficient way of keeping people cool.

For many years, Hunter used to make its ceiling fans. In 1941, the company focused on producing ceiling fans for U.S. Army Hospitals and moved its manufacturing facility to Memphis, Tennessee, to make more ventilators in 1949.

By 1968, the company expanded its product line to include portable and exhaust fans. In 1995, Hunter acquired Casablanca Fan Company and started producing flywheels and more innovative ceiling fans with a pull chain and variable speeds. Hunter moved its production overseas by 1997.

In 1947, Robbins & Meyers, Inc. acquired Hunter. Robbins was a fan manufacturer based in Springfield, Illinois. As a result, Hunter became a wholly-owned subsidiary of Robbins & Meyers.

The company produces residential, commercial, and industrial fans. As of today, the Hunter Fan Company manufactures its ceiling fans under the Hunter brand.

Are Hunter fans made in the USA?

Hunter fans are not made in the USA. The company moved its production overseas after acquiring Casablanca Fan Company in 1997. By 2002, all original fans that the company produced are no longer made in the USA.

If you are looking for locally made fans, here is a list of all fans that are made in America as of today.

Is Hunter a good brand for ceiling fans? 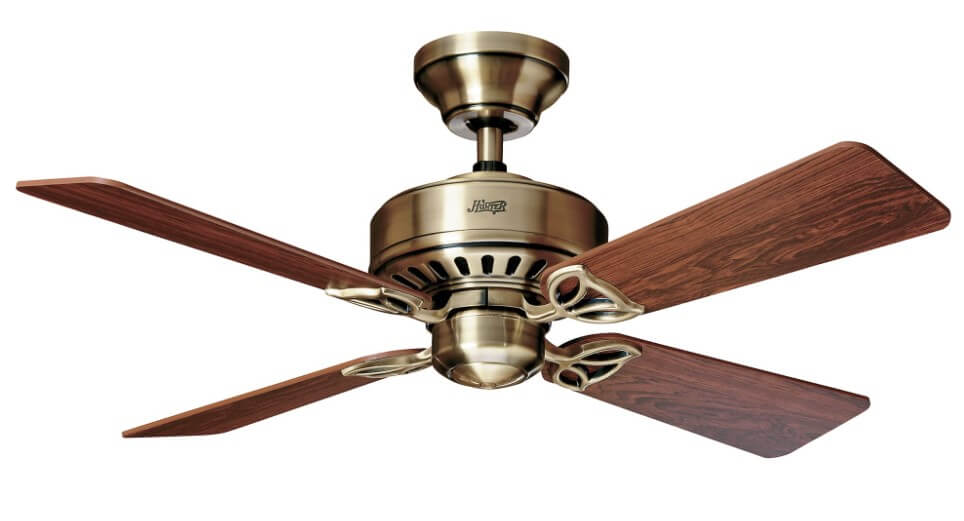 Hunter makes some of the best ceiling fans today. The brand outshines most companies in many areas, including:

Hunter offers more when it comes to the quality of its fans. The units are durable and boast a limited lifetime warranty.

Perhaps one thing that makes the devices high quality is the motor. It provides for a quiet operation because of the rubber flywheel disc that absorbs shock.

Hunter produces some of the most affordable ceiling fans on the market. You can buy a durable fan for slightly over $100.

Some of the cheapest ceiling fans from the company include:

But the company also makes high-end ceiling fans, including:

Most Hunter ceiling fans can bring unique aesthetics to life. For example, some of these units feature wire-form cages with vintage-style LED light bulbs. The appliances add a modern twist to traditional looks.

In general, Hunter ceiling fans are some of the best to buy if you are looking for aesthetics and functionality. They have precision blades and optimized motors that can achieve better airflow velocity using less energy.

Are Hunter and Casablanca the same company? 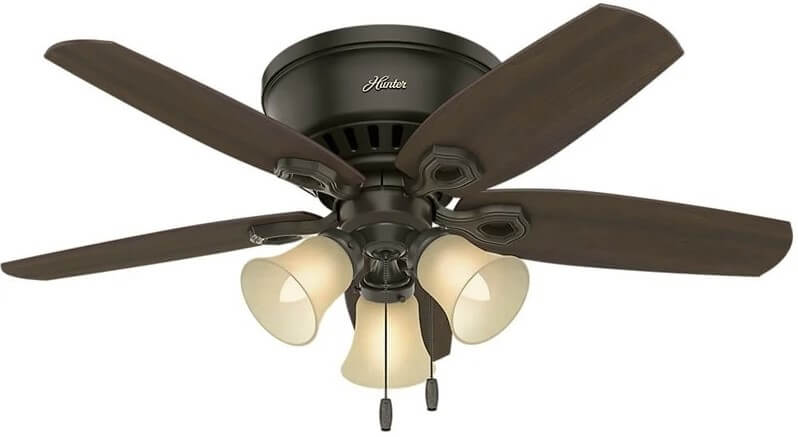 Hunter then incorporated Casablanca’s corporate operations into its corporate headquarters in Memphis, Tennessee. Currently, Casablanca operates as a luxury fan division of the Hunter Fan Company.

Is Hampton Bay and Hunter the same company?

You can contact the Hunter Fan Company using the following information:

Hunter is a ceiling fan company established in 1886. It specializes in making ceiling fans, lighting fixtures, and accessories. Although the company has its headquarters in Memphis, Tennessee, it does not manufacture its fans in the United States.

In 1995, Hunter Fan Company purchased Casablanca Fan Company and took over its production line. Unlike other companies, Hunter ceiling fans are the best in terms of quality build, price, and aesthetics.