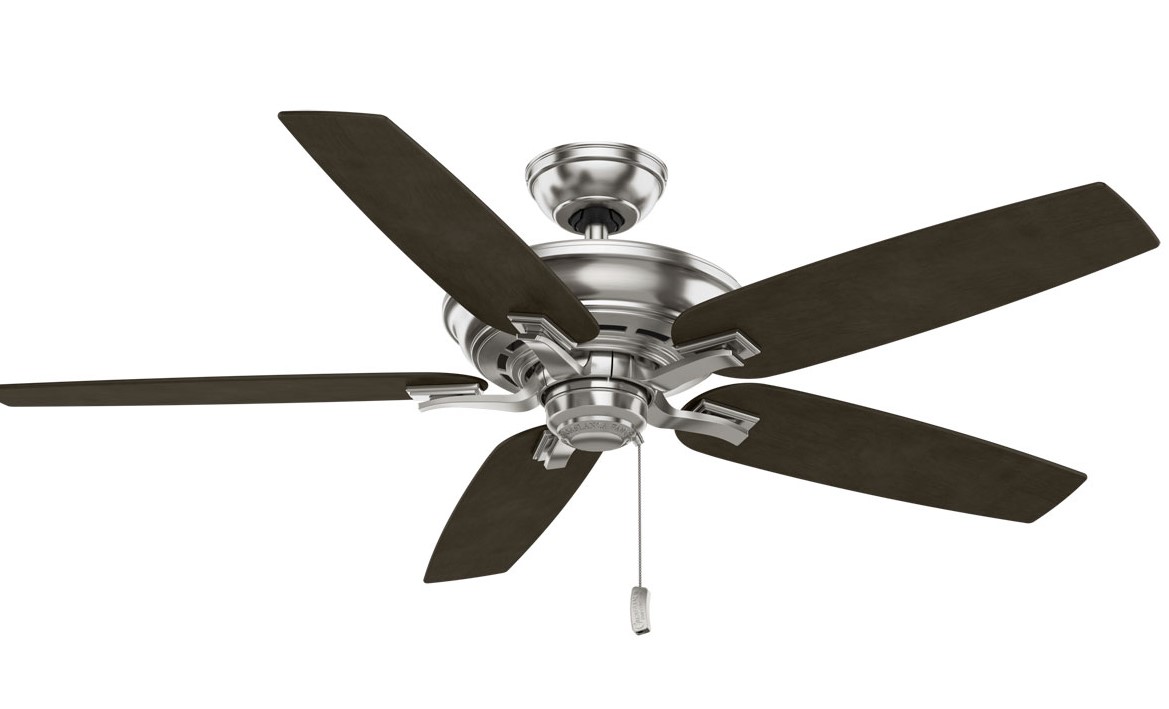 Casablanca ceiling fans are available in an array of finishes and styles. Most of them can match the interior décor of your home. But most crucially, they provide better air circulation in any room and create an excellent amount of cooling for an outdoor area.

As you continue using the fan, it may come to a point when it stops working. When that happens, you must first go through the necessary Casablanca fans troubleshooting steps to identify the problem and try to fix it.

Your Casablanca ceiling fan can fail to work because of different reasons. For example, the ceiling fan light can start flickering because you have turned on your washing machine. In such a case, the primary cause could be voltage fluctuation in your house. Also, if you have a wobbly fan, the issue could be poor installation or damaged blades.

The following are more Casablanca ceiling fan troubleshooting steps you can take at home to fix your device.

1. How to reset a Casablanca fan

Most Casablanca ceiling fans come with an Inteli-Touch control system, a type of a microcomputer. Its function is to control and operate the unit, including the fan speed and light dimmer.

If you have a problem with the device, consider resetting the microcomputer. Here is how to do it:

At this point, it will be easier for you to reprogram the Inteli-Touch control system. Follow the steps below:

To reprogram the lights:

If the fan’s light is already off and you press the light button to turn it on, it will go back to its previous setting. But if you had it on at a high setting, it will return to the high setting. The same case applies if the device’s lights were at a lower setting.

A ceiling fan that stops working all of a sudden means it is not receiving enough electrical power. The primary reason could be the circuit breaker is off or tripped.

Start by checking the control panel to see whether the circuit breaker is working fine. If it is, the problem could be loose connections or a fault in the ceiling fan wiring.

3. How to tell if a ceiling fan capacitor is bad?

You can tell that the capacitor in your Casablanca fan is bad by identifying the following signs:

When you identify any of these factors, the best option would be to replace the capacitor.

4. Change the speed of a Casablanca fan

The following is how you can change the fan speed of your device:

If you want the speed to slow down, turn the fan speeds off. Press and release the fun button to achieve this. In case the speed is off, turn it on by pressing the fan button quickly to return it to the previous setting.

If the previous setting was a high speed, pressing the button fast will return it to the high setting. The same will apply if it was at a lower speed setting.

When the remote is not working, follow these Casablanca ceiling fan troubleshooting tips:

For newer fans like the Prime Touch W505 or Versa-Touch2, you will need to reprogram or reset the remote. Here is how to complete a Casablanca fan remote control reset.

If you are using the Advan-Touch fan, repeat the steps above but ensure to press and hold the down and up arrows simultaneously. If this doesn’t work, you might need a replacement remote.

Most Casablanca fans Inteli-Touch series fans come with an Automatic Demonstration Program. Its function is to test and demonstrate the operation of the unit. If you want to reset it and start programming afresh, here is how to do it:

You will hear a tone signal that verifies you can start programming the unit.

7. Casablanca fan switch is not working

The function of the switch is to open and close the circuit. You can know that it is not working by first trying to complete the circuit without using the switch.

If the fan works, then your switch has a problem, and you need to replace it.

When winter or summer approaches, you must change the direction of your Casablanca ceiling fan blades to help with cooling and heating in a room and also keep costs down. But if you have problems with the device such that it does not reverse, you can fix it by following these Casablanca ceiling fan troubleshooting tips:

Next, turn the electrical unit back on and continue using it as normal, but in a reversed direction.

9. Casablanca won’t turn on or off

If the fan is not turning on, the primary cause could be it is not receiving enough electrical current. It also means there is no enough power getting to the switch. Sometimes wires can loosen and prevent the fan from powering up.

The motor shaft could also be the culprit, especially if it has become entangled or wrapped. Once you troubleshoot the problem, fixing it will be easy.

If the fan is not turning off, the problem is the switch. The switch might have gone out, meaning that you will have to change it by installing a new one. In either case, where the fan does not turn off or on, the issue is usually the switch. Follow these Casablanca ceiling fan troubleshooting tips to change it:

Your next step is to turn the power on at the circuit breaker box and see if it works.

Although the unit may be operating correctly, the light kit may fail. Here are some troubleshooting steps to follow that will enable you to fix the problem.

Before you can complete your Casablanca fan repair project, first troubleshoot the primary cause of the problem. Once you know the issue that is causing your device not to work, proceed to fix or repair it using these Casablanca ceiling fan troubleshooting tips. Understand that, in some instances, you may have to purchase replacement parts if the already existing ones are beyond repair.