Is your ceiling fan working slowly? It can be so frustrating having the blades constantly spinning over your head but generating little to no air.

Do ceiling fans slow down over time? Technically, yes, they do. A ceiling fan starts running slowly, almost always due to dirt or damage to the ball bearings, which tends to happen over time.

Ball bearings are round steel balls placed in a circular track filled with lubricant to help the fan spin with minimal friction. Most people clean the fan blades but forget that dust also builds up around the ball bearings.

The dust makes the lubricant stickier, which forces the fan’s motor to work harder to push through the gum.

Additionally, the bearings start to lose shape due to wear and tear. This is why you might notice that your ceiling fan runs slow even on the highest setting. 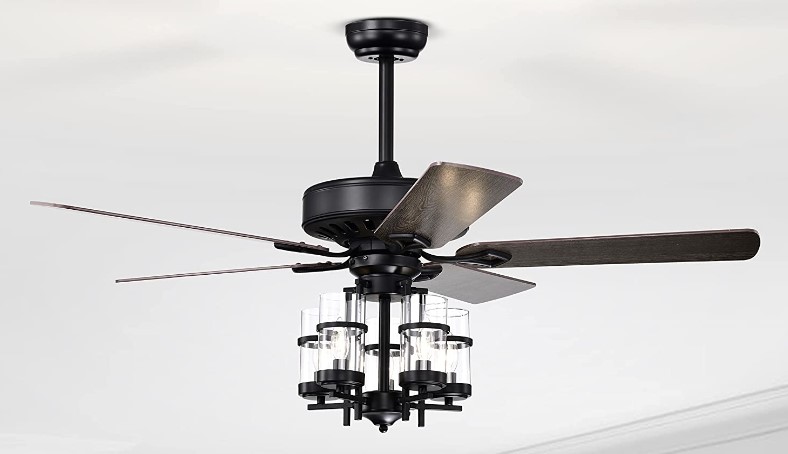 Other reasons why your ceiling fan may slow down

Other possible reasons for a slow ceiling fan are discussed below;

Another probable reason why your electric fan suddenly slows down is the capacitor. It is the part of the fan that is responsible for regulating the amount of power the fan receives.

If your ceiling fan capacitor is bad, your fan will only receive the lowest possible amount of power, which causes your fan to run slow.

This is more common in older model ceiling fans.

If you can’t change the speed of your ceiling fan, then this is probably the reason.

Like a broken chain switch assembly or pull chain, this affects your ability to change the speed of your ceiling fan.

Unfortunately, it also does not properly regulate the fan’s speed, and you may notice that your ceiling fan is slowing down and speeding up.

How to fix a slow ceiling fan

Now that you can detect the possible reasons for it, the rest of this article will teach you different ways of fixing a slow-moving ceiling fan.

Because of the constant force exerted on the bearings when the ceiling fan spins, the excessive friction caused by dirty bearings causes your fan to overwork, leading to overheating, and it could even catch on fire.

Rubbing alcohol is one of the most effective ways to clean the bearings. Just be sure to turn off the fan and remove the blades before.

Lubrication is a vital part of maintenance for machines with several moving parts, like a ceiling fan. If your ceiling fan has started running slow, it is probably trying to signal that it’s time for some oil.

Be sure to clean the bearings before adding lubricant, or you might only contribute to the existing problem.

Doing this at least four times a year solves the speed problem. But can also significantly extend the fan’s lifespan.

You can lubricate your ceiling fan using motor oil. However, avoid using WD-40 as a lubricant because it is a cleaning solution for rust and not a lubricant.

Once your ball bearings are clean and well lubricated, you should already notice an increase in speed in your ceiling fan.

This will probably need to be done by a professional because it requires the fan to be taken apart.

As for the parts, if you have a hardware store that is well stocked around you, you can buy them from there. Replacing any of these parts can be done in just a matter of hours.

This is a minor issue but can have major effects on the way your fan works. For example, the slightest imbalance of your blades could force the motor to overwork itself.

Look for any imbalance, and if you find even the slightest, you can fix it by trimming the blades or adding special weights.

In addition to slowing down your ceiling fan, using blades that are too heavy for your motor exposes your device to the risk of overheating, short-circuiting, and other problems.

As much as manufacturers have tried to install blades that are the right size, we cannot deny that human is to error. But, unfortunately, it also can’t help to try.

You can measure and weigh your blades, and if they are not the same or do not match what shows on the fan’s user manual, then you should replace them with the manufacturer.

Sometimes, there is no technical problem with the fan; it just needs a few screws here and there to be tightened.

Because your fan runs at high speeds, sometimes for hours at a time, there are bound to be a few screws that get loose, and all you need is a screwdriver to fix it.

In conclusion, issues with a fan are quite simple and can be fixed in no time. If you maintain your fan regularly, you reduce your chances of encountering such problems and increase your ceiling fan lifespan.