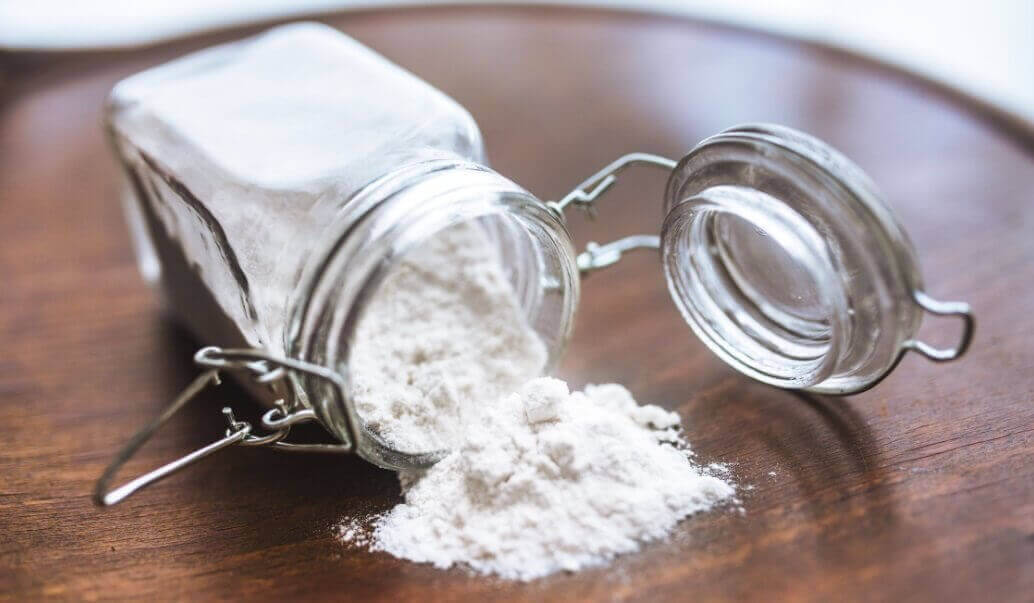 Don’t you just hate it when the weather is so humid? I mean, despite how good the days are, no one likes walking around feeling like they are venturing into a tropical jungle.

Unfortunately, the weather is one of those things that we can’t control; we just have to accept it. Or do we?

While it is true that you cannot change the weather for a less humid one, you can make it more comfortable for yourself and your loved ones. Thanks to a range of dehumidifiers, making your home hospitable is quite easy.

One of the top natural ways to dehumidify a room is by using baking soda. Below is a look at all you need to know about this natural dehumidifier.

What is baking soda?

Baking soda is the common name for sodium bicarbonate, a salt that is comprised of sodium and bicarbonate ions.

It is a white crystalline salt, but it usually appears (in its processed form) as a fine powder. It is alkaline in nature.

Baking soda is mainly used for cooking, where it is used as a leavening agent when baking cakes, bread, and pancakes. Some people also use it for cooking vegetables or softening up peas and beans before boiling.

Aside from cooking, it also used in several other ways such as pest control, raising the alkalinity of water bodies and gardens, disinfectant, medical uses, teeth hygiene, and more.

Baking soda is perhaps the most versatile ingredient at home. On top of the above uses, people use it to absorb moisture from the air, leaving the air less humid.

This is because baking soda is a hygroscopic substance, hence it will absorb moisture from the air.

And unlike other similar substances, for example, table salt, baking soda does not become aqueous or leak.

These two properties are the reason why it is a common ingredient in most natural dehumidifying products on the market. It is, nowadays, commonly used in dehumidifying homes.

So, how can you dehumidify with baking soda? Well, there are two ways to go about it. The first is when you need to absorb excess humidity from the air. For this, simply place it in an open bowl in the problematic area and leave it.

After a while, it will have absorbed moisture becoming moist-like but not aqueous. At this point, you can stir it to increase the surface area for absorption.

You should, however, note that baking soda is not highly hygroscopic like, say, for example, table salt. However, this is the reason why it doesn’t cause annoying leaks.

The second way you can use baking soda to absorb moisture is from carpets or other similar surfaces. In case you are dealing with a spill, it can help get rid of the excess moisture without too much hassle.

Simply pour it over the problematic area and leave it for a few minutes for it to absorb the moisture. Later, vacuum the area and you will be left with a clean and dry carpet.

Aside from dehumidifying and absorbing moisture from surfaces, baking soda can also be used to absorb foul odors. Simply pour it into an open bowl and leave it in the problematic area, for example, the fridge. If you are using it to absorb musty odors in a basement, place generous amounts in different spots.

After a while, come back and stir the powder to increase odor absorption. Just like with the moisture absorption, the soaking up of bad odors might not be as effective as with other odor absorbers such as activated carbon.

Baking soda is one of the best natural ways to dehumidify a room. It absorbs moisture but not too much of it that it becomes leaky and problematic. However, that said, it is not the most effective of dehumidifying agents, which means that you might need quite a larger amount of it. On top of that, it might not be very effective in large spaces. Nonetheless, it is a simple, natural, and hassle-free way to deal with excess humidity.