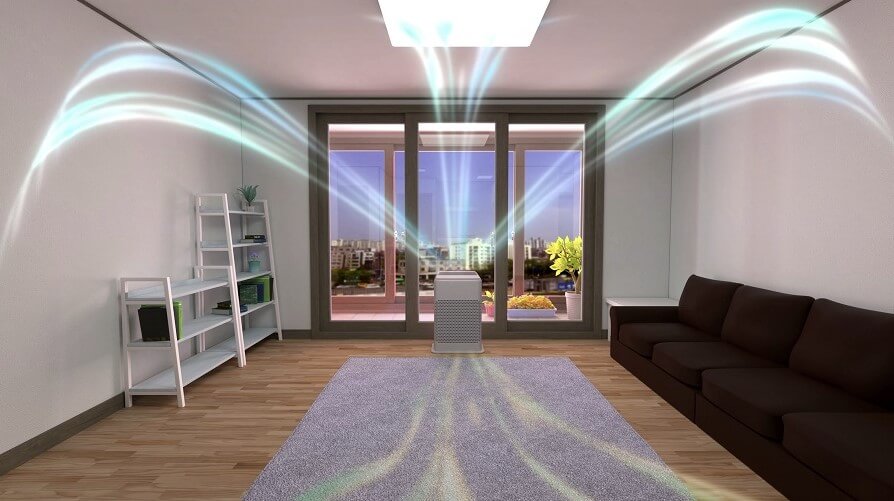 If you are looking to purchase an air purifier, you’ve probably come across several options such as air ionizers. These devices claim to help clean the air by ionizing the pollutants, unlike filtered air purifiers that trap contaminants.

As such, there are some issues about their use, such as whether they are effective. And the simple answer for this is yes, they can clean the air. By ionizing the air, they disrupt the airborne particle and help to get rid of contaminants.

That being said, there is an issue to consider when it comes to their effectiveness compared to other air purification devices. In this article, we will look at how air ionizers work, how effective they are, and other issues such as safety concerns.

Air purifier vs ionizers – are they different?

Before proceeding, it is important to understand what air ionizers. Most people classify ionizers in a different category to air purifiers. However, this is not the case.

Ionizers, also called ionizing air purifiers, ionic air purifiers, or ionic generators, are a type of air purifier. They include all devices that use ionization as a mechanism for removing pollutants from the air.

How do air ionizers work?

Air ionizers work through a high voltage that releases negatively charged ions into the air.

When the negative ions come across other molecules and particles in the air with an opposite charge, they stick to them. As a result, the now heavier particles fall out of the air and attach to nearby surfaces.

Most ionizers release the charged ions into the air. However, some draw the air in, charge it and remove contaminants, and release it back. These are called electrostatic precipitators.

Electrostatic precipitators will usually come with a plate where the charged particles are collected. Some might even feature both HEPA and fabric filters, which increases their effectiveness.

Do air ionizers really work? Can they get rid of airborne pollutants? Can you use an ionizer for odor removal? Ionizers can be an effective air purification device.

The charged ions they release into the air can bring down pollutants such as dust, pollen, mold spores, cigarette smoke, pet dander, among others. These can then be vacuumed (if they fall on the floor) or trapped by a filter (if using an ionizer with a filter).

However, ionic air purifiers do come with some limitations:

Is it safe to breathe ionized air?

Is it safe to be in a room with an ionizer? With ionizers releasing charged ions into the air, there is a safety concern issue at hand, and with good reason.

One of the main dangers of ionizer air purifiers is the creation of ozone gas, which is a by-product of the electrostatic charge process.

The gas is toxic and it can lead to lung damage in high amounts. And even in small amounts, ozone can cause several health issues such as nasal and throat irritation, chest pains, and even trigger asthma.

Ionizer air purifiers are a type of air purifier that uses ionization to clean the air. On their own, they are considered to be less effective than filtered air purifiers, especially when it comes to odors. They also come with possible dangers of ozone production.

However, ionizers can be equipped with fans and even filters, thus improving their air purification effectiveness. With careful selection, you might also find a good ionizer with minimal ozone generation.

That being said, you should still be cautious, especially if you suffer from allergies such as asthma.