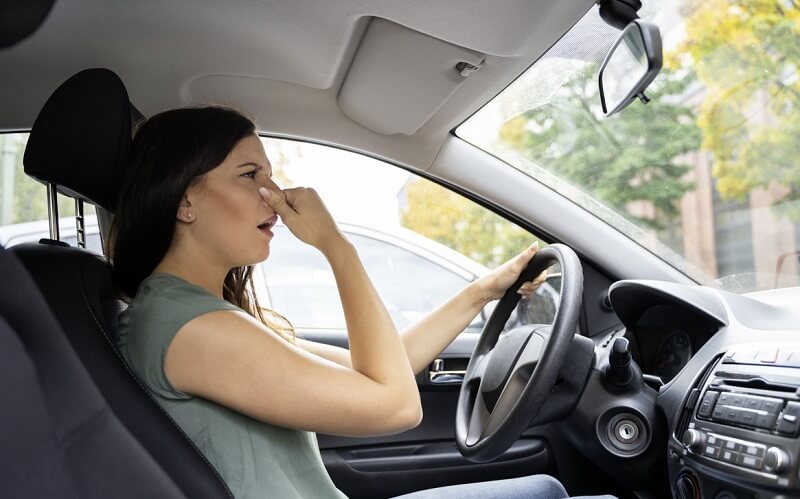 Is your car producing a sickening odor? Bad smells in a car will not only put off people, but they can also lead to a health hazard.

Smells in the car can range from rotten smells to musty or burning smells. So, where do they come from? Well, a car has lots of tight spaces in which things like dirt, food, and pet fur can get trapped and become difficult to remove. After a while, these substances generate unpleasant smells, especially in hot weather.

However, you don’t have to put up with these smells. Having a good car odor eliminator can be useful in getting rid of the bad smells engrained into the interior upholstery of your vehicle.

Because of the complexity of removing bad smells from vehicles, it is crucial that you only use the best car odor eliminator. Many of these devices work by neutralizing pungent smells in an automobile instead of masking them.

Some come with several filters and activated carbon to absorb odors. But which ones should you use and what factors should you consider when choosing them?

Factors to consider when choosing the best car odor eliminators

Here are some things to pay attention to when buying car odor removal products.

If you are looking for the best odor eliminators for cars, here are a few products you can buy.

If you want an air purifier that is useful for automobile odor removal, the Airthereal Air Purifier is the best choice for you.

This purse-shaped air purifier is a 7-in-1 purifier that works by monitoring air quality in a room and removing airborne dust, smells, pollen, and smoke. It has an auto mode feature that will get rid of bad smells round the clock.

The Airthereal Air Purifier is an ideal product to choose if you want a portable unit that can work both in your car and house.

Purggo Car Air Freshener is one of the best products for purifying the air in your car, especially if the car smells like chemicals. It comes in a pack of two that contains 100% activated bamboo charcoal.

The product does not have any fragrances and deodorizers. When in use, it will absorb smoke particles and get rid of bad smell from your car instead of masking them.

Purggo Car Air Freshener is the best car odor neutralizer to buy if you want an all-natural, non-toxic, and chemical-free product.

If you find it challenging to remove pet odors and dried stains in your vehicle, the Rocco & Roxie Stain and Odor Eliminator will work for you. It is an enzyme-powered odor remover for use in your car and house.

When sprayed as directed, the natural enzymatic bacteria get activated and feed on organic matter and ammonia crystals until they remove bad odor in car carpet.

If you are looking for an effective odor eliminator spray for cars, the Rocco & Roxie Professional Strength Stain & Odor Eliminator is the best to consider. You can use it to remove pet urine, stains, and musty smells in your automobile. 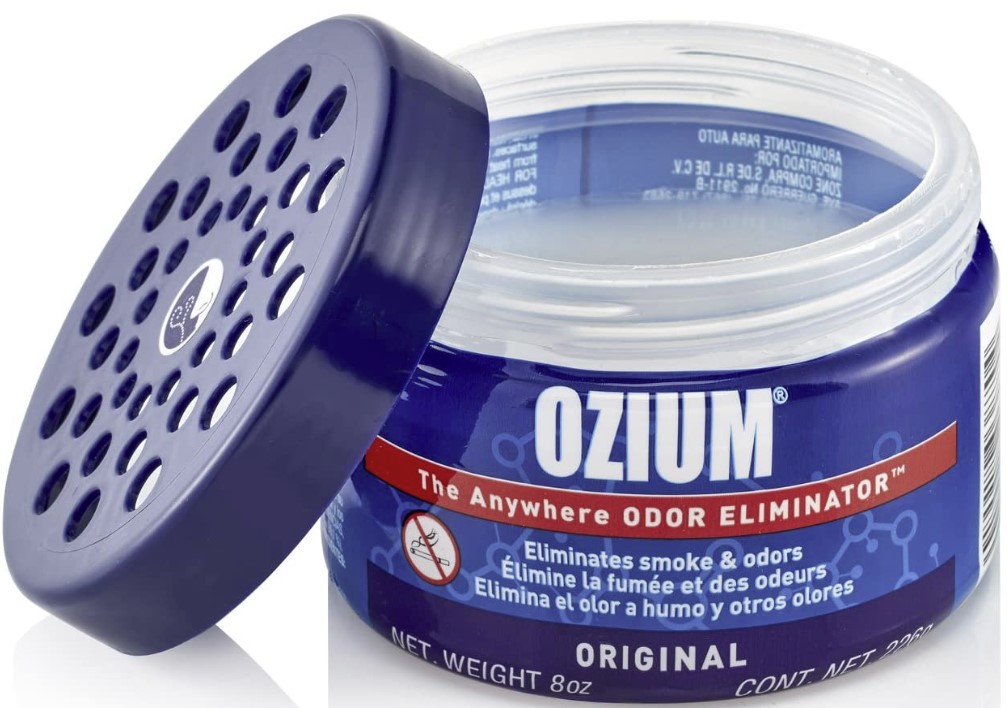 Ozium Smoke & Odor Eliminator is one of the best gels for getting rid of smells in your car. It also doubles up as a car air freshener.

The product works around the clock to consistently provide on-going odor elimination.

If you are looking for a product that will remove odors and act as an air freshener in your car, the Ozium Smoke & Odor Eliminator is what you need.

The Armor All 18546 is a specially designed product for removing bad odors in cars and trucks only.

It is effective at freshening car interiors and vents. You can also use it to remove light dirt and dust that sits on vent surfaces in your car.

The Armor All 18546 Car Air Freshener and Cleaner is the best to use if you want something that will remove nasty smells coming from your truck’s vents or if your car AC smells bad.

If you want to get rid of bad smells in your automobile at a molecular level, consider the Meguiar’s G181302 air refresher.

It is an aerosol that removes odors in the interior of your vehicle. The product produces a mist that moves through the ventilation system, in-between hard-to-reach areas, and across the headliner to neutralize odors. It’s effective nature and quick action makes it one of the best car odor eliminators you can find.

If your car smells like mildew after rain, the best solution for getting rid of the odor is to use the Car Air Purifier Ionizer from TwinkleBirds.

The product is an anti-microbial vehicle deodorizer that is effective at eliminating the smoke smell, food, and pet odors. It also removes allergens and viruses in automobiles.

If spilt water in the car starts to smell after some time, the Car Air Purifier Ionizer will give you an effective solution of eliminating the odors.

You need the best car odor eliminators to get rid of nasty smells. Most of these products are available in the form of a spray, gel, ionizers, activated charcoal bags, and electronic air purifiers. If you buy an odor remover, ensure that its effect lasts longer.