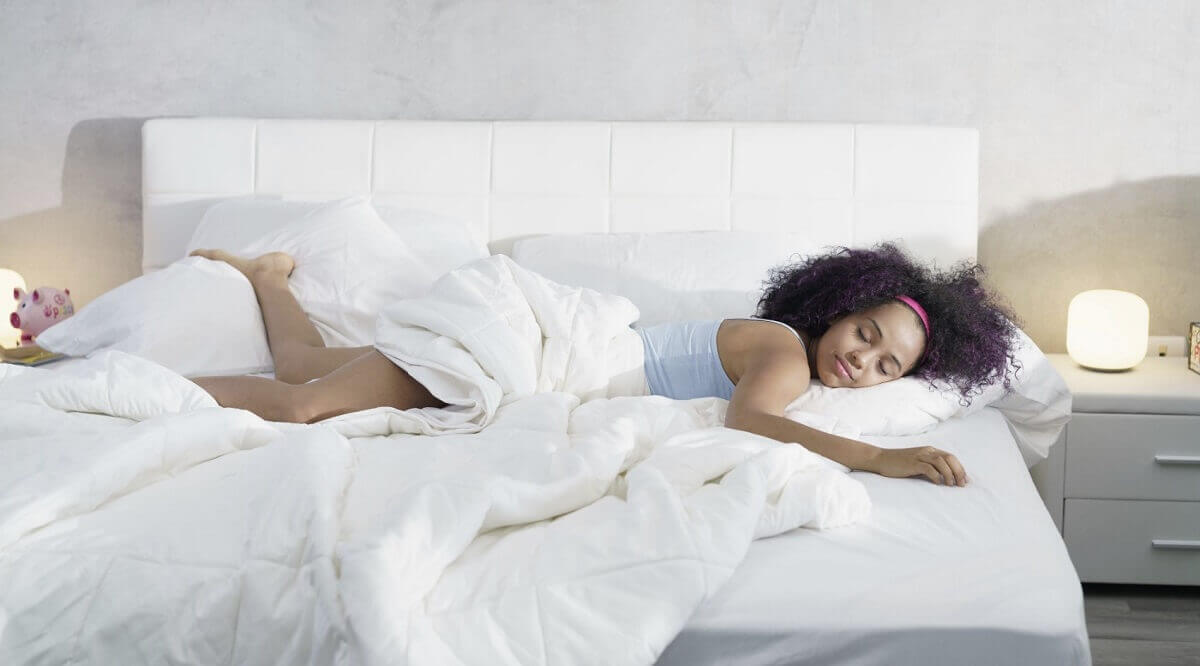 Mattress off-gassing is a term used to refer to the continual release of gasses from a new mattress. The discharge happens both at night when you are sleeping on it and throughout the day. It is a phenomenon that occurs because of the breakdown of VOCs (volatile organic compounds).

These compounds give out vapors or gasses from the products used to make the new bedding. As a user, you need to speed up mattress off-gassing to avoid breathing in the VOCs.

The smell of a new mattress can continue over time. That is because manufacturers pre-package them in plastic wrappings. Speeding up the off-gassing is essential because the odors can cause headaches, eye irritation, and nausea.

If you want to sleep on a mattress without off-gassing, there are several things you can do to stop the release of the VOCs. Consider the following:

1. Air out the mattress with its cover off

After buying a new mattress, remove its cover and air it out. Avoid leaving it rolled up in the plastic because it will keep on fermenting, and the gasses will embed in it deeply, making it take longer to off-gas.

You can air out of a new mattress by keeping the windows open and powering up the fan to circulate fresh air in the room. Give it at least 10 hours every day until you eliminate the odor.

2. Jump on the mattress repeatedly

While this sounds cliché, jumping on the new mattress can help to speed up the off-gassing. Jump on it after getting it from the shop.

Throughout this treatment, ensure to leave the room for a few minutes before coming back to avoid breathing in the toxic gasses.

3. Use an air purifier

If your memory foam mattress is off-gassing, use an air purifier to speed up the process. It will trap the VOCs that are coming out of the bedding. Use an air purifier that comes with a True HEPA filter because it can capture up to 99.97% of particles as small as 0.3 microns. Here are the best options to consider.

The air purifier will also clean the air in your home by making it healthy and safe to breathe in. Although you can use an HVAC, the unit will only trap larger particles, hence leaving a large amount of indoor air unclean.

Naturally, baking soda is a deodorizer. When trying to speed up new foam mattress off-gas, sprinkle some of it on your bedding.

The particles from baking soda will go deep down into the mattress to absorb and neutralize odors. You will then have to lift these particles out using a vacuum cleaner, eventually eliminating the smells.

How long does mattress off-gassing last?

The rate of mattress off-gassing tends to decrease over time. In most cases, it will depend on the steps you take to speed up the process.

Ideally, it should take at least two days to eliminate the odors. But if you are not rushing, allow it to air out for a week to get better results.

If your mattress is off-gassing, consider speeding up the process to eliminate the odors. You can speed up mattress off-gassing by airing it out, using an air purifier, or sprinkling baking soda.

Depending on the method you use, it should take at least a week to get rid of the smell.