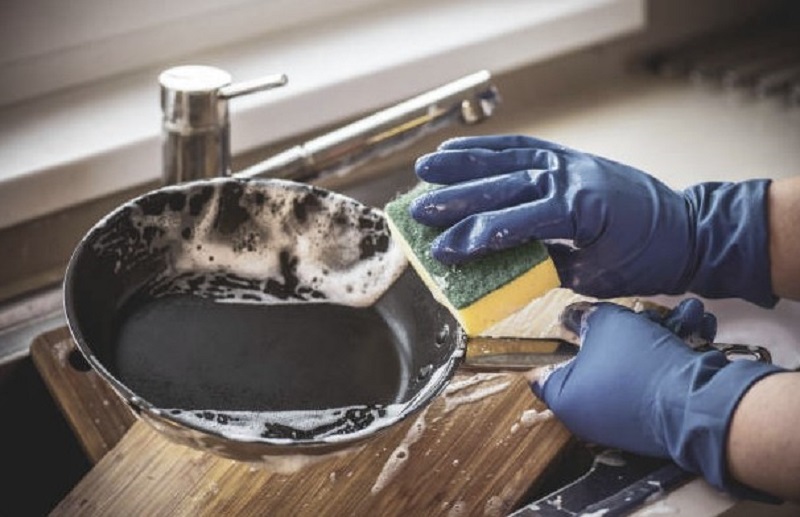 It is not common for cookware to smell after washing. Stainless steel pans do not hold or absorb odors. But sometimes, that is not the case for non-stick pans.

Generally, the non-stick coating can, and often does, retain some smells. When you use these pans for cooking foods like fish or sautéing onions, they tend to retain the food odor.

You can remove the smell by scrubbing the interior and exterior of the pan, including the handle. However, sometimes the smell never comes out. So, why does your non-stick pan smell even after cleaning?

Why do non-stick pans smell?

Non-stick pans have a coating made up of a material called Teflon. This plastic material does retain taste and odor. When cooking food at high heat frequently, the plastic coating begins to break down. As it continues to break down, you may notice that the pan smells like chemicals. After several uses, it starts to retain food odors.

But many other reasons can explain why your non-stick pan smells after cooking. These include:

Luckily, there are several steps you can take to remove the smell from non-stick pans. Here are a few.

Baking soda and newspapers work exceptionally well in removing odor from non-stick pans. Here is the procedure to follow:

If you do not prefer using newspapers, you can use a mixture of baking soda and water to remove lingering food smells and flavors. In this case:

You can use either treatment frequently to get rid of the smell from pots and pans.

You can use vinegar to remove odors from non-stick pans. The best way of doing it is to soak the entire pan in white vinegar. Let the treatment work for about an hour. Once done, rinse and wash the non-stick pan using warm water and soap. Alternatively:

Give the pan a rinse and let it dry. For the best results, use Calyptus 45% Pure Super Concentrated vinegar.

Most non-stick pans have a coating made up of Teflon. Vinegar does not affect the Teflon. Furthermore, other types of non-stick pans, such as anodized aluminum or ceramic, will not spoil when washed with vinegar.

Vinegar is a mild acid. Even when using it to wash utensils, chances are you will dilute it further. The dilution will not have any effects on your pan. 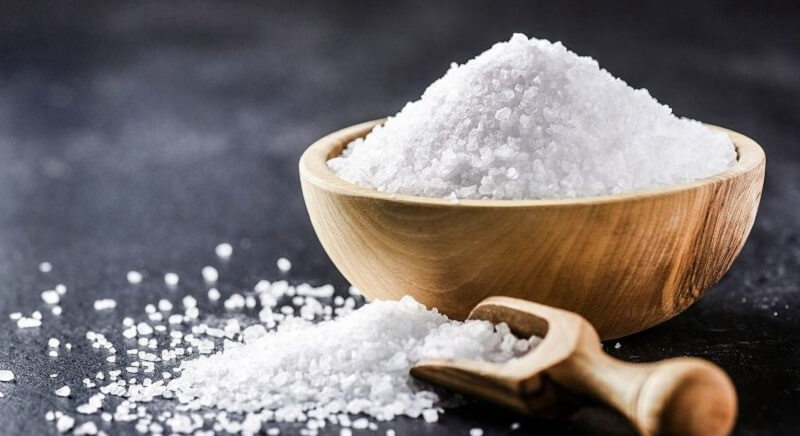 Salt is a mild antiseptic. It will cut through grease, lift stains, and remove odors from pans. Here is how to use it:

You can also use a mixture of soap and lemon to remove odors from non-stick cookware.

If your non-stick pan still smells after washing, you can remove the odor using different methods. The easiest option is to coat the pan with baking soda paste, let it sit for several hours, and then wash it. You can also use salt, vinegar, and lemon to eliminate the smell.