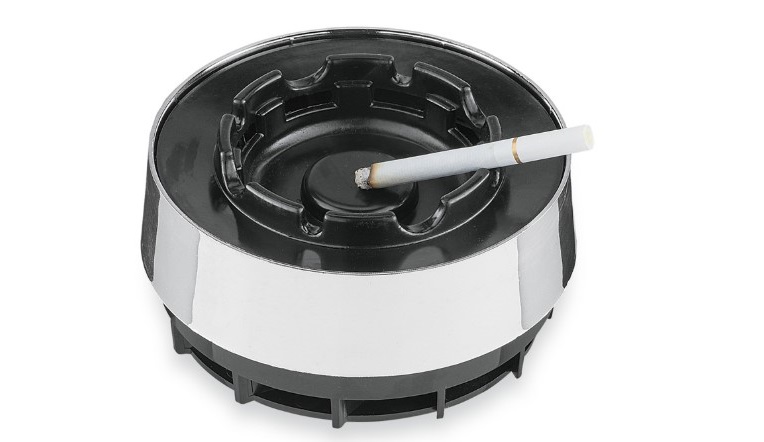 Smokers have been using ashtrays for a long time to retain cigarette butts and ashes. That helps to keep an area clean from tobacco waste. But in recent times, smokeless ashtrays have increased in popularity because of their usefulness. That is as long as you select the best smokeless ashtrays.

Their primary function is to lessen the level of smoke coming from a lighted cigarette. Utilizing such ashtrays helps to reduce exposure to tobacco smoke by removing contaminants and other particulates from the plume.

Smokeless ashtrays have been increasing in popularity in recent times. That is because they give smokers the convenience of smoking inside a room while eliminating the smell of burnt tobacco.

In other words, a smokeless ashtray helps to clear the air of odors and smoke from cigarettes or cigars. But like any other new technology, the biggest concern many people have is whether these new devices work.

How do smokeless ashtrays work?

How a smokeless ashtray works will depend on its general design. For example, some ashtrays come with unique lid designs and built-in filters. The filter draws in cigarette smoke before it circulates into the air.

Some manufacturers also design their ashtrays to include multi-layered filters with activated carbon. The carbon will get rid of the tobacco smell.

The market also has ionic ashtrays. They work by producing negative ions that stick to tobacco smoke particles. The inside of these devices has a positive charge.

Since the smoke particles are negatively charged, they will attract the positively charged ions to prevent bad smells from escaping.

These devices work because they soak up the scents and fumes released by a smoldering cigar or cigarette at its source. That helps to prevent the cigarette smoke cloud from polluting the immediate environment or the smoking area.

Why use smokeless ashtrays?

Some of the benefits of using the best smokeless ashtrays include:

How to use a smokeless ashtray

Using a smokeless ashtray will depend on the type of device you have purchased. Some of them are automatic, and others are manual. For most smokeless ashtrays with lids and activated carbon filters, these work automatically.

You only need to raise their lids to activate the unit. Once activated, it will start absorbing all the produced smoke and tobacco odor. After you finish smoking, you close the lid to turn the device off.

Note that most of these devices have chambers that allow you to rest your cigarette or cigar. Once you place it on the chamber when you are not smoking, the internal fan will suck in the smoke.

No more cigarette smoke lingering around

Smokeless ashtrays are designed to minimize environmental pollution caused by tobacco smoking. The devices work by absorbing the produced smoke and eliminating the resulting odors. However, they are not as effective as the best air purifiers for cigarette smoke. You can best use them as complementary devices. Before buying a smokeless ashtray, ensure it is easy to use and works well.