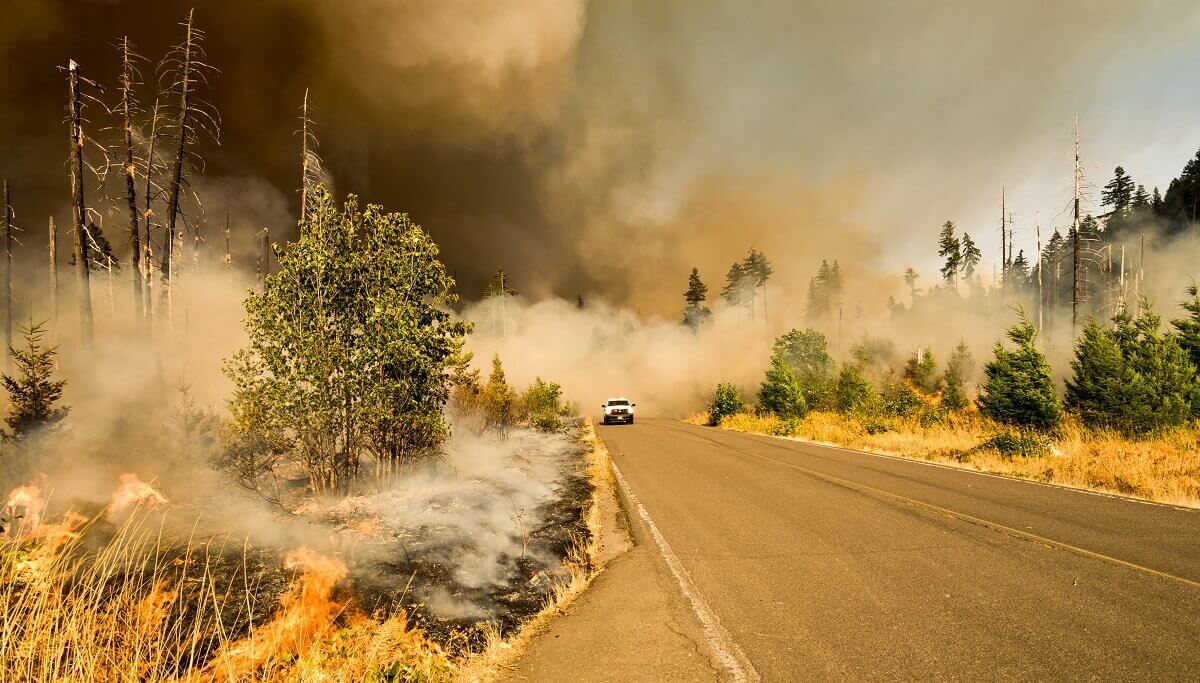 After firefighters contain a wildfire, you may have to deal with the resultant ash or smoke if you live around the area. This can be quite a challenge.

Depending on the severity of the fire, it may take weeks or months to clear the air of the pollutants. That may cause long-term health complications since you will be breathing in the ash or smoke that remains.

To protect yourself and your family, you need to use the best air purifier for wildfire smoke that can remove smoke particles from the air.

Smoke contains particulate matter and carbon monoxide that is hazardous to human health. To avoid breathing them, you need an air purifier specially designed to filter out smoke, especially thick forest fire smoke.

Most of the units available today are effective at reducing carbon monoxide and particle pollution, but very few can handle thick smoke. That’s why we have created this guide -to help you settle for the best device. But first, here are a couple of things to keep in mind.

Things to consider when choosing air purifiers for wildfire smoke

How many microns is wildfire smoke? That is the first thing to determine before buying an air filter. Ideally, particles from smoke can be small, between 0.4 and 0.7 microns. Thus, you need a unit that can trap particles as small as 0.3 microns. Also, consider the following factors.

The best air purifiers to use for the elimination of wildfire smoke and odors that come with it are:

The Coway Airmega 400 is one of the best air purifiers for wildfire smoke. It can accommodate rooms of up to 1,560 square feet.

When in use, it will clean the air two times in one hour. Some of its features include:

The Alen BreatheSmart Classic is an air purifier for large and extra-large rooms. It can filter out forest fire smoke and is one of the best air purifiers for asthma, mold, germs, dust, harsh odors, fumes, and pet odors.

Some of its features include:

The RabbitAir MinusA2 is an air purifier fitted with a HEPA filter for wildfire smoke. It is a stylish and efficient unit that can eliminate odors and also trap and reduce smells from cigars, cigarettes, and pets. It can also trap and reduce airborne bacteria, mold spores, and particles that carry viruses.

If you are looking for the best air purifier to remove wildfire smoke in a small room, consider the Austin Air A250B1. It specializes in the reduction of noxious gases, harmful chemicals, formaldehyde, VOCs, and sub-micron particles.

The unit utilizes broad-spectrum absorption, which offers better protection for people exposed to smoke from wildfires and those that are sensitive to specific gases and chemicals found at home.

If you are looking for the best air filter for your home at a lower price, consider the AeraMax 300. It is an ideal device for rooms of up to 600 sq ft.

The unit can eliminate mold, odors, smoke, allergens, dust, and germs from the air using its True HEPA filter. AeraMAX 300 is also effective at purifying the air due to its 4-stage purification process.

The best air purifier for wildfire smoke works by capturing small particles in the air that is not visible to the human eye. They trap the particles in a heavy mat of fine fibers. When in use, they will draw in the polluted air, trap the smoke, ash, and particles, and then produce clean air. That will ensure you breathe fresh air and stay healthy.